It has been a long time since I wrote my last post! Lots of things have happened since then. Both personal and profesional challenges that I had to face… However, from now onwards -January 2016- I will try (just try) to be more regular in posting my experiences.

My last post was about Bodegas Emilio Hidalgo. A wonderful visit, but the day did not end there, as afterwards we headed for Bodegas Faustino González, our last destination of the day. Don Jaime -an elegant, polite and tall gentleman- was waiting for us. I was embarrassed for arriving so late, so I was ready for a quick visit just to learn a little bit of the bodega. Nevertheless, Don Jaime’s politeness and stories caught our attention very soon.

The winery was founded in 1972. Don Faustino González Aparicio purchased the old soleras owned by la Señora de Paúl in 1971. The origin of these soleras dates back 1758!

Bodegas Faustino González kept working as almacenistas till just two years ago, when they decided to take a step forward and sell their wines under their own label: Cruz Vieja. Since then, they have received the approval of the Sherry lovers due to the character of their wines en rama (unfiltered). They only commercialize four wines, all of them en rama: Fino, Amontillado, Oloroso and Palo Cortado. 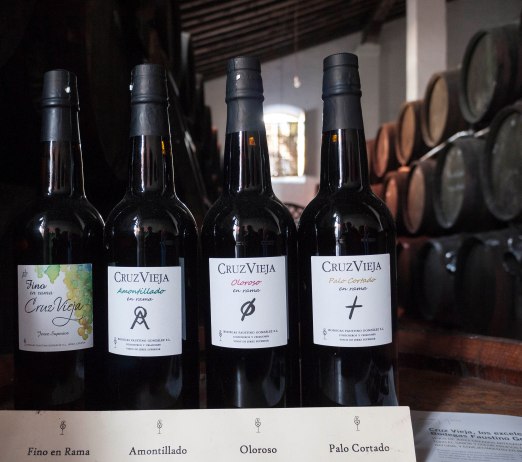 Mies van der Rohe used to say: “less is more”. In this case, the less you manipulate the wine, better it is. This statement is fully accomplished with their Fino which represents a nice sample of what a Fino must be. 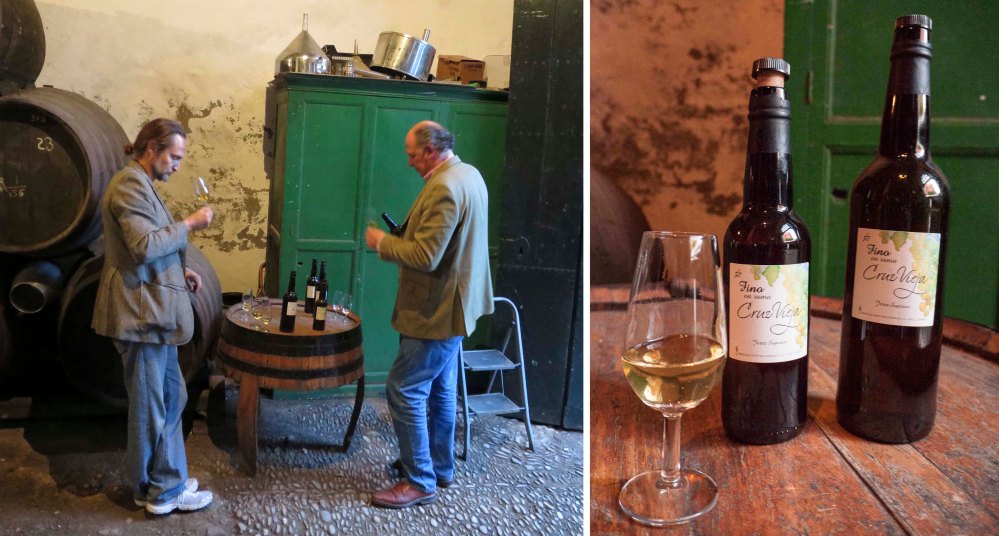 Unfortunately they do not commercialize a very rare and old Oloroso called Don Gaspar. They have just three butts, but what a Oloroso! We were lucky to have the chance to sip it. I must say that after having such experience one is not the same person any more. One is deeply transformed and one’s mind expanded. What else can I say… 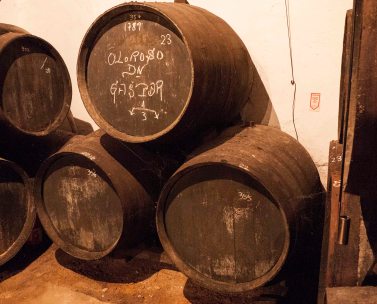 To me, Bodegas Faustino González represents the evolution that Sherry has been experiencing in recent years. An evolution towards a wider, more interesting and complex array of Sherry players and styles.

Who will benefit from all of this? ALL THE CONSUMERS.