When I was 12 years old, I went for holidays with my school to Ireland. I remember I was very excited with the idea of being with my friends one month and far away from my family. We arrived at the evening to a nice building sited near a tiny village close to Cork. Green grass was ubiquitous, quietness was great and the fresh air was comforting. It was late, so we only had time to have dinner and go to sleep. The next day, we had breakfast very early in the morning, and after that, I came to know why I was there: just to learn English at the school. I complained to Fr. Ignacio about this -for sure-  sad misundertanding of my presence there, but he wasn’t very responsive to my arguments and pushed me into the classroom. Thus, I passed one month learning how to say “¿Cuánto es?” in English. 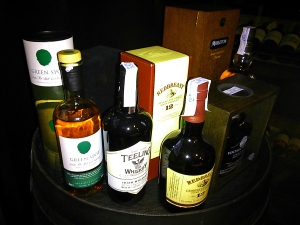 At that time, I was used to drink water, milk, Seven Up, Sprite and stuff like that, and my knowledge about wines and spirits was very limited to a few sips of brandy that I managed to filch from my father. So, I was unaware of what was going on just few quilometres from there, where the Cork Distilleries Co. in Middleton was producing some excellent Single Pot Still whiskeys.

33 years later. Lou Reed’s “Last Great American Whale” sings: “… you cannot always trust your mother”. So I got plenty of information via Internet before going to the whiskey tasting at Escolà last 4th March. And I got what it was supposed to be: a great experience. Mr. Alex Illa, WKYREGAL S.L. representative guided us throughout a tour from the early history of whiskey till now, and gave us the opportunity to taste 5 premium whiskeys: Green Spot, Teeling Small Batch, Redbreast, Midleton Barry Crockett selection, and Teeling Vintage Reserve’21.

I insert the link of the Midleton’s web page for those interested in the history of whisky in general and Irish whiskey in particular. I think they give an excellent information to understand why this spirit is so famous. In fact, I would like to see more web pages with similar level -which is not common at all-: http://www.singlepotstill.com

But what a Single Pot Still Irish whiskey is? Let’s resume it in a few lines. It is a style of whiskey specific of Ireland, which is made from a mash of malted and unmalted barley, and then triple distilled in copper pot stills. This was the standard in Ireland for about 200 years. The quality was so good that the Irish Whiskey was the best sold whisky in the world.

Time passed on and some changes resulted in the lost of the international supremacy. In 1830, Aeneas Coffey filed a patent for the “coffey” still, a revolutionary system to produce spirits cheaply and in large quantities. Irish distillers didn’t incorporate this new system, as it was against “what a whiskey should be”, but the Scottish did.  In 1838, the capuchin friar Fr. Theobald Matthew rises a campaing for the “total abstinence”. As a result, more than 5 million Irish citizens stopped drinking whiskey. The great famine of the 40’s killed about 1 million citizens and forced to migrate another milllion. The Great War, the Volstead Act (1919) and the Second World War gave the final blow to the whiskey… till 1966, where the taste for Irish whiskey emerged again. Not all Irish whiskey is done as before. Nowadays, there are a lot of blended and lighter versions in the market, but some whiskey brands kept doing the traditional style. In recent years this style of whiskey has come back to the fore and that is why we can enjoy several brands now.

I would like to point out two things. Regarding the alcohol content. Depending on its content, it dialogues  in a different way with the rest of ingredients of the spirit. That is, it keeps a perfect balance with the proteins and other elements when it is at 46% vol., so it retains a lot of flavour, while on the other hand some particles precipitate if the whiskey is diluted to 40% vol., so the whiskey has to be filtered and, therefore, some flavour vanishes. Secondly, if you have a look at different web pages and observe the labels, you will realize that in some labels the word “pure” precedes to “pot still”, but it isn’t written in other labels. This is because the USA, the first market for Irish whiskey, has prohibited the use of the term “pure” as they use it with a different meaning.

Having said that let’s resume what I tasted that day and which notes I wrote: 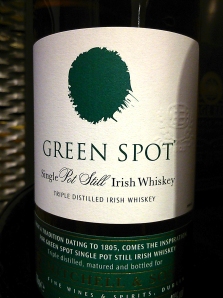 it is fruity (peach, apricot) with a touch of corn sweetness, with hints of strawbery and malt. It has a fruity taste (apricorn), half body and a Sherry aftertaste. 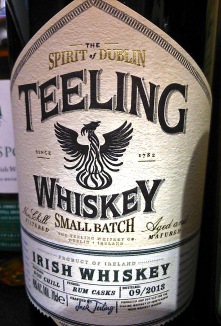 it has a spicy nose (pepper, cardamom and clove). Full bodied, with an intense taste of apple pie, vanilla and burnt sugar. 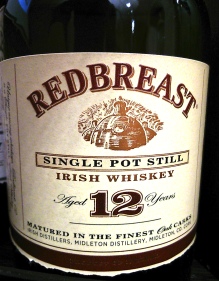 it has a spicy and oaky nose with hints of mild Cuban cigar, chocolate and tropical fruits (pineapple, lychee and coconut). The taste is a mix of green and ripe apple, silky body and an aftertaste of dry nuts and Sherry oak. 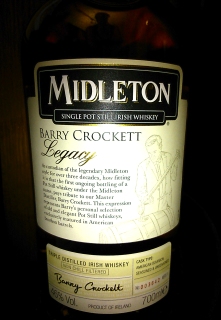 it is very spicy and smooth, with hints of toffee. The taste is great, starting smoothly, but ending up in a spicy finishing with an aftertaste of tropical fruits (coconut and passion fruit). Astonishing flavour with a never-ending aftertaste. 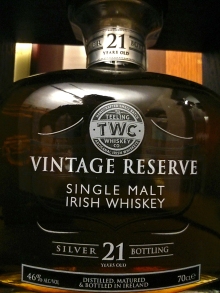 it has a spicy nose with hints of Cuban cigar and dry cardamom; slightly smoked. Taste: full bodied, very, very, very spiced with hints of smoke. It reminds me the complexity of all the flavours of an Indian market.

In short: it was a great whiskey tasting. The only problem is how to allocate time and resources to make a trip to Ireland and taste on site these wonderful spirits. Time will come, for sure!